Auto‑Tune keeps evolving, and the latest version incorporates both its best pitch‑correction ever and a nod to its past.

Antares’ Auto‑Tune was the first automated pitch‑correction plug‑in, and more than 20 years on it is still in daily use throughout the world. Naturally, there have been frequent updates in that time, and the latest of them introduces Auto‑Tune Pro. This brings a very fresh new look, with major GUI improvements, as well as a few ‘under the hood’ changes and added features.

Like previous versions of Auto‑Tune, the Auto‑Tune Pro plug‑in can operate in two modes. The automatic, real‑time mode gives results fast, while a more forensic graphical editing mode can produce more natural results if you have the time for some manual editing. The number of controls has grown over the years, and in this new Pro version, the Auto mode can be switched between a Basic view, which hides some of the more exotic features to help the new user, and an Advanced view where all the controls are available. Views can be switched during a session to de‑clutter the GUI if required, and any changes made in Advanced mode will still apply. A row of small buttons and knobs at the top of the screen control input type, scale, key, formant adjustment, transpose, detune and tracking.

A new Basic view makes only the key Auto mode parameters available.The centre of the window is now dominated by a circular display that shows how much pitch‑shift is being applied, with the detected note displayed in the centre. As before, correction can be chromatic, or restricted to a preset or user‑designated scale. In Basic mode, four knobs cover Retune Speed, Flex‑Tune, Humanise and Natural Vibrato, the latter allowing a singer’s original vibrato to be either reduced or intensified. A Flex‑Tune knob applies the pitch‑correction only to notes that are close to the correct pitch, ignoring bends and swoops that fall outside of its range, while the Humanise control delays the onset of correction for long sustained notes to prevent them from feeling over‑tuned and synth‑like. Careful use of these tools helps achieve a natural‑sounding result in most cases even without using the graphical editing mode. 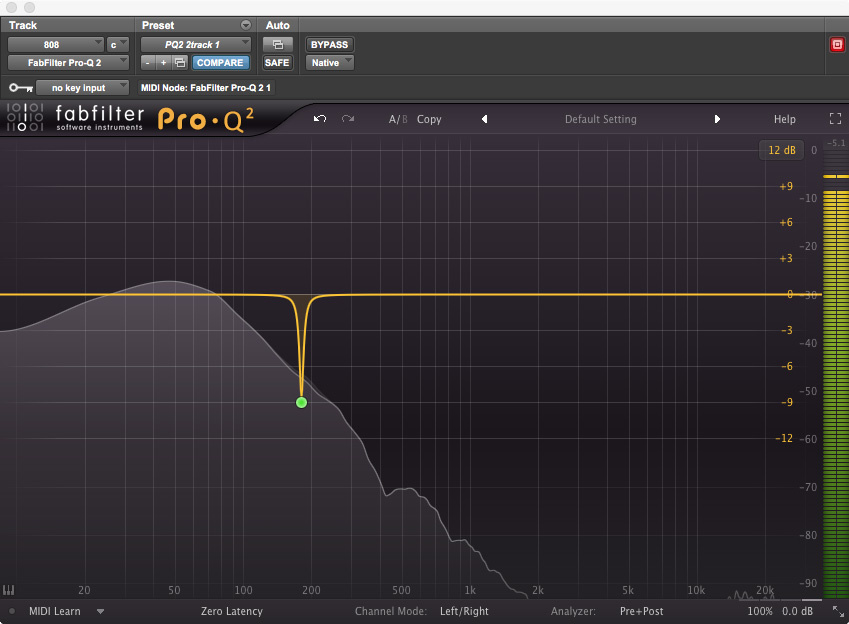 Clicking the Advanced button reveals seven smaller rotary controls used to create and control an artificial vibrato that can be set to come in gradually, along with a row of buttons for adjusting the correction scale so that individual notes are removed or exempted from correction. Also in this section are the buttons that allow the correction to be controlled from a keyboard or MIDI track; in Logic Pro a version of the plug‑in shows up as a MIDI‑controlled effect that can be used in an instrument track, with the audio coming in on a side‑chain, so you can control the audio processing from a MIDI track or a real‑time MIDI input. This feature, combined with all the parameter automation options, means you can really go to town on special effects.

Turning to the graphical editing mode, existing users will notice that there is a larger and slicker display, which now includes the ability to create and save zoom presets to speed up navigation when editing. Otherwise, the tools look very similar to those in the previous version. The major addition here is that Auto‑Tune Pro now supports ARA (Audio Random Access), a technology developed to provide closer integration between audio plug‑ins and their host DAW. Within ARA‑compatible DAWs, you can edit in Auto‑Tune Pro’s Graph Mode without first having to play the selection to get the audio into Auto‑Tune. 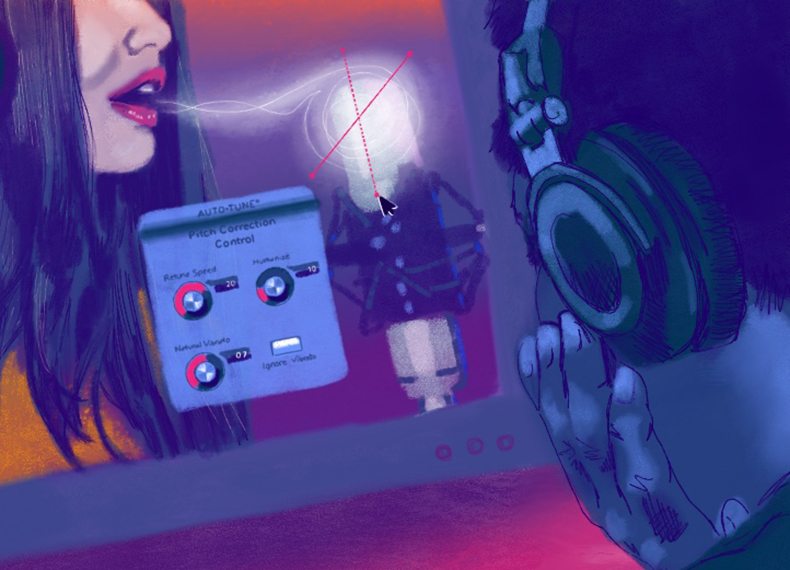 Unfortunately, although ARA v2 is supported in several other DAWs, Auto‑Tune Pro is only compatible with PreSonus’s implementation at present. If your DAW doesn’t support ARA, you have to keep doing it the old way by selecting Pitch or Pitch and Time analysis, then activating the DAW’s transport to play through the desired section of audio. Auto‑Tune will then display the familiar pitch graph, where tools can be used to push errant notes closer to their intended positions, flatten out wobbly notes, change the melody or create a harmony.

Antares say that improvements are constantly being made to their retuning algorithm, but, bowing to public demand, they’ve also reintroduced the Auto‑Tune 5 algorithm here, in the guise of Classic Mode. Activated by the Classic button in the toolbar, this is the version that was abused to create the distinctive sounds of many hit records, so although the latest algorithm is more natural sounding, it is sometime fun to fire up the old one. Serum vst skin download. Irrelevant controls are locked out in this mode.

In use, the Auto mode is often all that is needed to fine‑tune an already decent vocal performance; the secret to transparency is to use automation to ensure that little or no processing is added where it isn’t needed. A slow correction speed allows the natural performance to come across, and you can dial up the intensity only for those sections of vocal that need it. If more ‘feel’ needs to come through, the Flex‑Tune control is a useful ally. Switching to Classic mode highlights just how much the tuning algorithm has improved over the years, as the current version sounds far more natural by comparison with its predecessors — that old version, set to a fast correction speed, conjures up feelings of nostalgia.

The Graph mode remains the key to getting the most natural results from Auto‑Tune.In Graph mode, the Line and Note tools make setting the target pitch for each note very straightforward, and the Line tool can also be used to follow transitions to keep them sounding natural, as you can add as many points along the line as you need. There’s also a freehand curve drawing option so you can get transitions or pitch glides to sound exactly as you want them. The Retune Speed control determines how assertive the pitch correction is within the selected area — if a note doesn’t need fixing you can just leave it alone.

As with previous Auto‑Tune versions, changes may be made in the time domain as well as in pitch, which is handy for making backing vocals sit in time with a main vocal. The other tools work as before, and even if you’re accustomed to a different pitch‑correction plug‑in, it doesn’t take long to become familiar enough to get the job done in Auto‑Tune Pro, and I felt very comfortable with it in no time at all. Users will no doubt continue to argue as to whether the Graph mode is as good as Celemony’s Melodyne, but the beauty of Auto‑Tune Pro is that it provides the best of automatic pitch‑correction alongside a perfectly practical graphical editing mode within a single product. /3utools-failed-to-load-data.html. A worthwhile upgrade and deserving of the Pro title.

There are many automatic pitch‑correction plug‑ins that follow in the steps of Auto‑Tune; Celemony’s Melodyne is probably the one to beat for graphical editing.

Auto‑Key is a separate plug‑in that can detect the key of your song and inform Auto‑Tune.One thing that’s really new with Auto‑Tune Pro isn’t actually part of Auto‑Tune at all, but comes bundled with it. This is Auto‑Key, a plug‑in that can analyse a complete mix or chordal track and decide what key it is in. The notes of the key are shown on a keyboard at the bottom of the window, where you’ll also find a button that says ‘Send to Auto‑Tune’. And that’s exactly what it does. Any instances of Auto‑Tune in your song are updated with the new key information. Depending on the song, you may have to play it for a while before the correct key is extracted, but I found it to work quite reliably.

Auto-Tune Pro benefits from a clearer interface, some fine-tuning to the pitch engine and the addition of a Classic mode. Auto-Key can also speed up operation when working on unfamiliar material.