Once you have a basis for understanding then more traditional text such as the Dragon book are great references to expand on your understanding. /dev-c-c-compilers.html. (And personal I like the Dead Tree versions, I printed out Jack's, it's much easier to read in a comfortable position than on a laptop.

K-Ci and JoJo first landed on the scene as hit members of the R&B group Jodeci. K-Ci & JoJo's first sign of independence came in 1994 when K-CicoveredBobby Womack's hit 'If You Think You're Lonely Now' for the movie Jason's Lyric. Early in 1996, K-Ci & JoJo teamed up for the song 'How Could You' for the movie Bulletproof starring Damon Wayans and Adam Sandler.[2] By July 1996, K-Ci & JoJo were featured guest artists in 2Pac's number-one R&B and Billboard Hot 100 hit 'How Do U Want It'.[2]

The brothers made their side projects into a full album, Love Always.[2] Released on June 17, 1997, the album spawned two top-ten R&B hits: 'You Bring Me Up' (Pop #26) and 'Last Night's Letter' (Pop #46). The minor success of those singles, however, paled in comparison to the success of the album's third single, 'All My Life' (which was dedicated to JoJo's daughter).[2] A supple, lush ballad far removed from the Jodeci material of the early 1990s, 'All My Life' was the number-one song on the Hot 100 for three weeks, a feat that K-Ci & JoJo had never achieved with Jodeci.[2] It features a piano melody similar to that of the piano found backing 'Dancing In The Moonlight' by King Harvest.[citation needed] Future singles and albums would be crafted in the vein of 'All My Life', which was the duo's only number-one hit, though many[who?] consider it one of the greatest jazz pop melodies of all time. Love Always went on to sell four million copies, and the success of the album put Jodeci's reunion on hold indefinitely. During the recording of Love Always they also appeared in the song 'I Care 'Bout You' as a member of the R&B supergroup Milestone along with After 7 which appeared on the soundtrack for the movie, Soul Food that was written and produced by Babyface.

In 1999, K-Ci & JoJo recorded 'Life', which was written and produced by R. Kelly, for the soundtrack to the Eddie Murphy and Martin Lawrence movie Life.

K-Ci & JoJo's second studio album, It's Real was released on June 22, 1999.[2] It peaked at number eight on the Billboard 200,[4] peaked at number two on the R&B/Hip Hop Albums,[4] and was certified platinum by the RIAA. Outside of the US, the album reached top 20 on the Dutch Mega Album Top 100, the Canadian Albums Chart, and appeared on the New Zealand Top 40 Albums and the ARIA Charts. The album spawned four singles, including the number-two Billboard song, 'Tell Me It's Real'.[2]

It's Real received a three star rating from AllMusic.[5]

K-Ci & JoJo returned with X on December 5, 2000. X, the Roman numeral for ten, was picked as the album title to celebrate the Haileys' tenth anniversary in the music business. They made a strong return to the Billboard Hot 100 early in 2001 with the song 'Crazy', also included on the Save the Last Dance soundtrack. 'Crazy' peaked at number three on the Billboard Hot 100. The album also features a hidden Jodeci track entitled 'Slip And Fall'. Other tracks included 'Honest Lover,' 'One Last Time,' and 'All the Things I Should Have Known' which Vibe magazine considered 'convey a similar mix of hip hop collective that launched Del the Funky Homosapien.'[6]

The fourth K-Ci & JoJo album, Emotional, was released on November 26, 2002, but did not find commercial success. The CD consisted of two singles, 'This Very Moment.' and the Rodney 'Dark Child' Jerkins produced 'It's Me'. The album contained their personal favorite 'How Long' written by Steve Vaughn and Jojo Hailey.

In late 2006, K-Ci released his debut solo album entitled My Book. K-Ci & JoJo released a greatest hits album on February 8, 2005. On February 6, 2008, they released their fifth compilation album called Love, which was released only in Japan.

In 2010, they signed an exclusive deal with R&B crooner Kenneth 'Babyface' Edmonds' upstart Soda Pop Records, distributed through E1 Music. On June 25, 2013, they released their new single, 'Knock It Off' via iTunes through E1 Music. On September 30, 2013, My Brother's Keeper, was released.

Nektar studio one 4.5. On June 25, 2019, The New York Times Magazine listed K-Ci & JoJo among hundreds of artists whose material was reportedly destroyed in the 2008 Universal fire.[7]

In 2010, TV One aired the reality docu-series, K-Ci & JoJo.. Come Clean, which featured Cedric 'K-Ci' and Joel 'JoJo' Hailey, lead singers of Jodeci. The series showcased the brothers current struggles with alcohol, as they work to rebuild their relationship and make a comeback. K-Ci & JoJo.. Come Clean, was produced by John Doe Media, with Carl Craig and D. Renard Young serving as executive producers. The series only aired for one season, but still runs several times a year.

In 2001, K-Ci pleaded no contest to four charges of lewd conduct. He had been charged with 24 counts of lewd conduct and indecent exposure following an incident during the December 16, 2000, Jingle Ball concert at L.A.'s Shrine Auditorium[8] 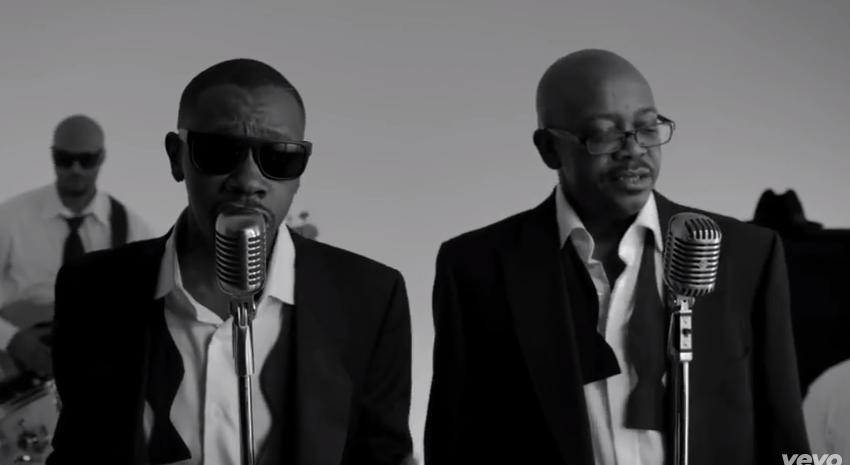 Crazy is a R&B love song by duo K-Ci & JoJo. It was released in 2001 and was their first single off the album X. It was also featured on the soundtrack to the hit dance film Save the Last Dance, starring Julia Stiles and Sean Patrick Thomas.[1] The song is notable for making prominent use of auto-tune years before it became popular.

'Crazy' tells the story of a lover who has made a mistake and cannot stop thinking about his misdeeds and his partner. The song discusses losing sleep over it and begging his lover to return to him.